In the 2019 Q3 & Q4 Financial Performance Pulse Survey, 16 companies reported an increase of 3.4 percent in the Six Months Ended 12/31/19 compared to the same period in 2018. Average transaction value is calculated as the dollar value of net originated sales divided by the number of sales transactions and excludes amounts such as closing costs that are not included in net originated sales. Responses are weighted by the dollar value of net originated sales (excluding telesales). It is a measure of the average purchase amount per buyer during a given period and is potentially influenced by numerous factors, including the mix of timeshare products sold.

As a further reflection of the multiple factors that can impact this measure, the responses differed by
company. Seven respondents reported average transaction value had increased from the Six Months
Ended 12/31/18 and nine respondents reported the value had decreased. The figure below illustrates
the average transaction value calculated using a weighted average. 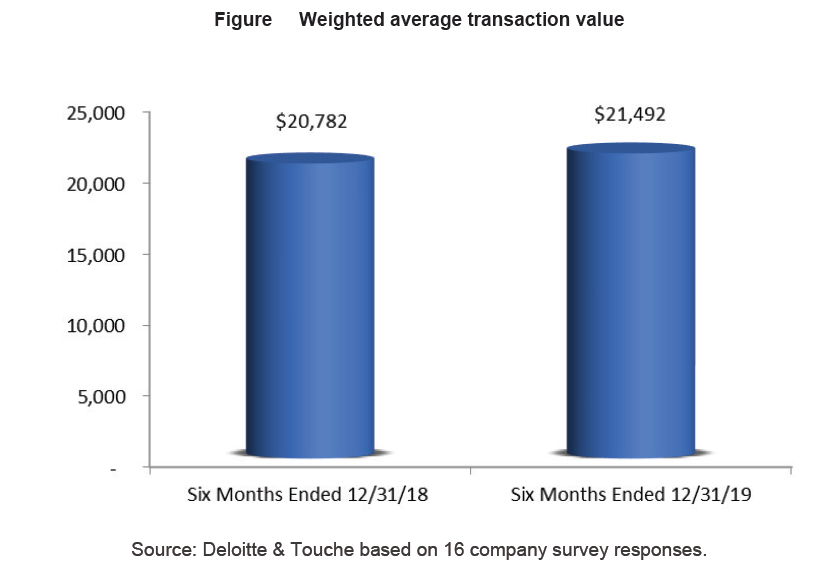