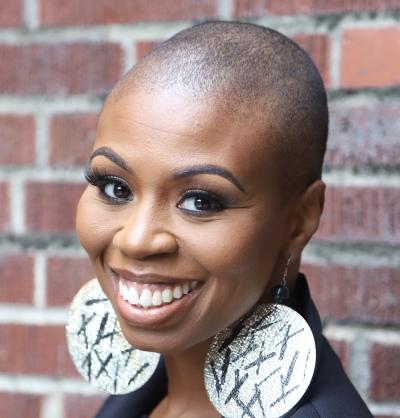 Natalie Fikes is a fiery speaker, facilitator and executive coach on a relentless mission to transform family, business and community. In 2003, Natalie became the youngest, African American female in management for Verizon's Southeast Region. She then took a team of underperforming sales and service associates to the top of the district.

Following her desire to do meaningful work, Natalie started Code Next Generation, a youth organization that successfully transitions youth to adulthood. In 2015, she was named one of John Maxwell's Top 100 Leaders, with participants of her program receiving White House recognition from President Barack Obama for exceptional community service.
In 2016, Natalie became the Central Regional Manager for The International Association of Women (IAW) where she was responsible for training and developing chapter leaders and membership retention. In three short months, Natalie increased member engagement by 63% and increased that number to 81% within one year. In collaboration with Star Jones, Natalie is responsible for contributing to the successful implementation of IAW's largest online chapter serving more than 20,000 members.
Natalie was named one of the "Best Speakers of Today" by Northstar Meetings Group in 2018. In 2019, she received the award for Orator of the Year by ACHI Magazine.
In 2020, when the world as we know it changed, Natalie developed the Greater Purpose System™ to help professionals build mental tenacity, overcome obstacles, and develop emotional intelligence. She believes the COVID-19 pandemic caused a major shift in personal motivation. Now more than ever, people around the world are choosing the pursuit of self-actualization over survival. To aid in the demand, she launched The Greater Purpose Society.

In 2021, Natalie was inducted into the Marquis Who's Who of America. She has served as the COO for The African American Association of USA, and the Central Regional Director of Training and Development for Black Wallstreet USA. Natalie is an active member of The National Association of Nonprofit & Executives, The National Association for Family, School & Community Engagement, and has facilitated training classes at The City of Refuge in Atlanta, Georgia since 2017. Her greatest accomplishment to date is overcoming an unstable childhood of verbal and physical abuse to become a committed mother to her two hilarious sons, Elijah and Jayden, and a mentor to teens and young adults around the world. She was recently nominated "Mother of the Year" by AmericanMothers.org.