When sales of timeshare under fee-for-service arrangements are combined with respondents’ sales of their own timeshare inventory, there was an increase of 2.6 percent in total net originated timeshare sales when compared to the Six Months Ended 12/31/18. 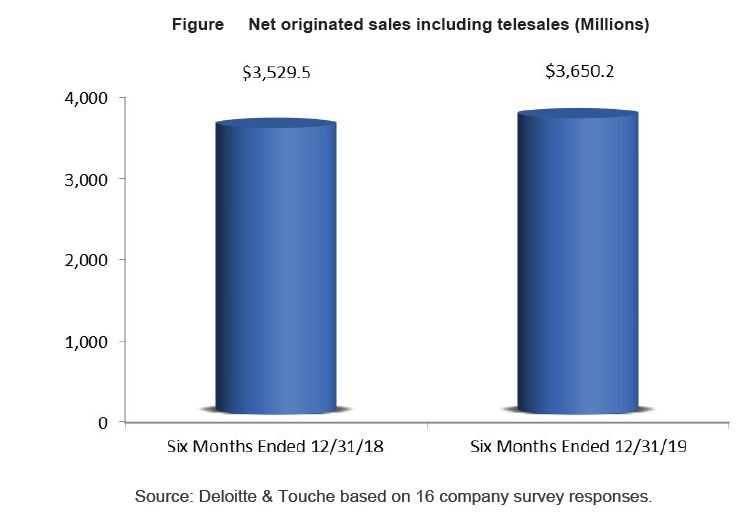