According to the 2018 United States Shared Vacation Ownership Owners survey, about two in three timeshare owners own a week at a timeshare resort or with a timeshare company (66%), and approximately two in five own vacation points (41%). In addition, more than one in ten owners own a share at a fractional resort/Private Residence Club (12%). 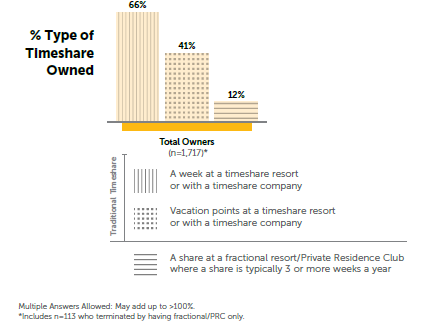