According to the recently released AIF 2020 State of the Vacation Timeshare Industry: United States Study, the U.S. timeshare industry sales increased for the 10th straight year by nearly 3% from $10.2 billion in 2018 to $10.5 billion in 2019. The study also discusses the trend of sales volume over the past five years. Sales volume has increased by more than 22% since 2015 – an average of 5% annually.

The study was conducted by Ernst & Young on behalf of the AIF in early 20202 among 1,582 recognized timeshare resorts to provide an overview of the state of the timeshare industry in the United States. Responses were received from 845 resorts, representing a 53% response rate. 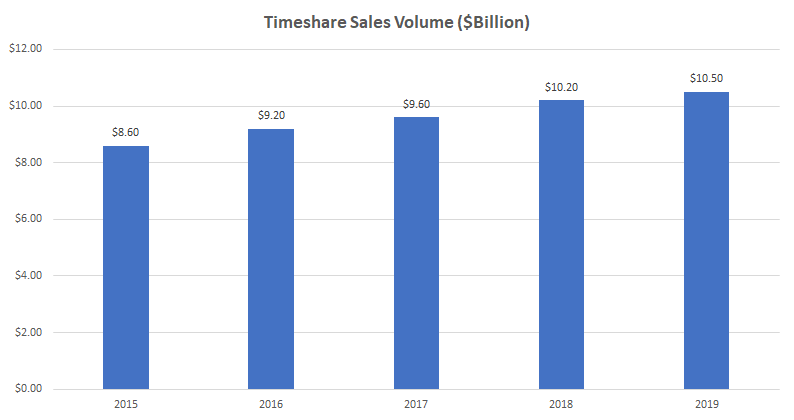 Source: 2020 State of the Vacation Timeshare Industry: United States Study, conducted by E&Y for the AIF