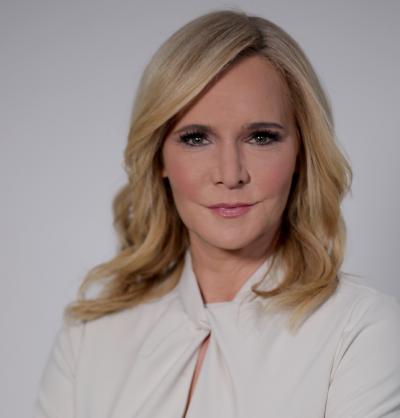 A.B. Stoddard is an associate editor and columnist with the political news site and polling data aggregator RealClearPolitics, and a contributor and guest host for SiriusXM’s POTUS channel. She is known for her expertise as a political commentator and, since 2006, has appeared regularly on CNN, Fox News Channel, and MSNBC. She is a former associate editor and columnist for The Hill newspaper. Her column with The Hill won first place Dateline Awards from the Society of Professional Journalists’ Washington, D.C. chapter in 2010 and 2011.

Nonpartisan, Stoddard addresses elections and the political landscape of the day. Frequently meeting with sources and politicians of all stripes, Stoddard has her finger on the pulse of Washington, DC as she offers detailed and smart political and electoral analyses. Her talks cover the five biggest stories in the news, the most up-to-date happenings between Congress and the White House, ongoing budget battles, and the electoral prospects for the two parties.

Journalism Journey. Stoddard had always wanted to be a reporter, and she caught the political bug watching Justice Clarence Thomas’ Supreme Court nomination hearings. She began her journalism career as a reporter for the Potomac News in northern Virginia, and she has covered the U.S. Congress since 1994 as a reporter at The Hill and a Senate producer for ABC News. She returned to The Hill as a commentator and columnist in 2006.