Country of Residence for Timeshare Owners

More context can be understood with the findings of the 2016 Shared Vacation Ownership Worldwide Report. The report found that in North America (U.S., Canada and Mexico) as a whole, approximately: 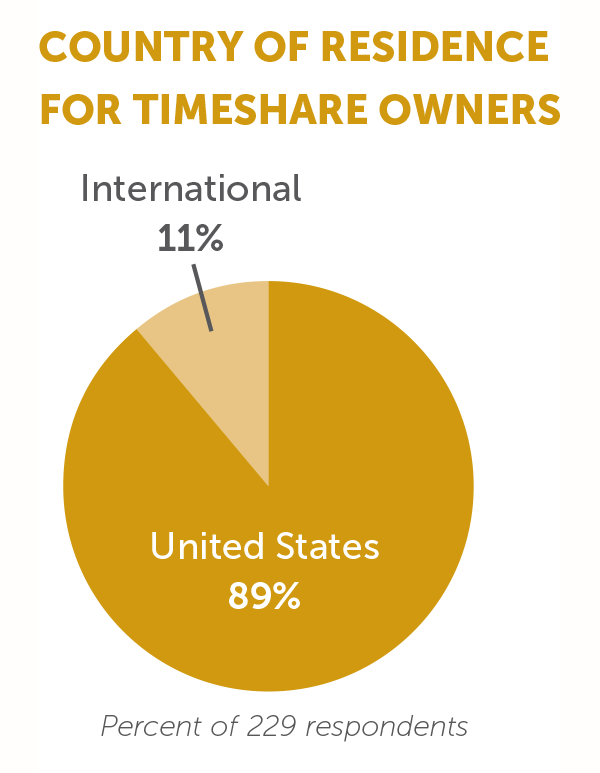